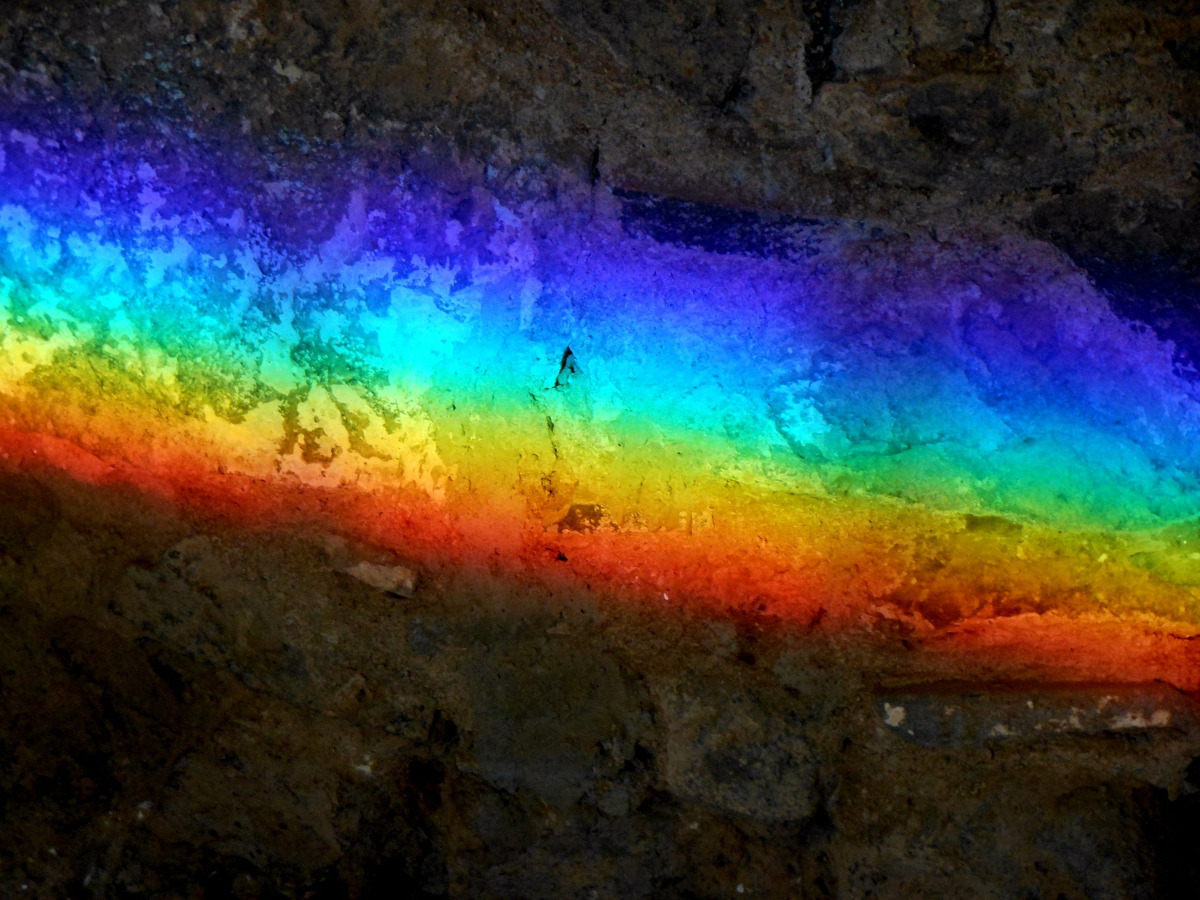 The questions raised by the Anthropocene are intimately connected to reconfiguring our relationship to life on earth, not only to the biological workings of ecosystems but also our cognitive, emotional, perceptual, aesthetic, ideational, and cultural experiences of the prismatic living world of which we are part.

The official discourse of the Anthropocene distinguishes three phases reflecting the rising level of destruction of the biosphere in direct proportion to the exponential increase in the use of energy from fossil fuels since the Industrial Revolution and through the Great Acceleration since the 1950s. This discourse highlights the necessity of planetary stewardship to prevent the collapse of civilizations, and calls for a non-linear social transformation to maintain the earth in a manageable interglacial state (Steffen et al., 2018). A profound qualitative transformation of the ways in which we define and use energy is required to meet these ambitions. However, the Anthropocene discourse does not give us any hints as to how the kind of deep change in human collective intelligence that is necessary can be brought about in order to meet the irreversible, catastrophic and systemic consequences of the Anthropocene.  Considering that the terrible inertia of the Great Acceleration has already taken us beyond the 1.5 °C threshold, the probability of such a transformation occurring is low, as the intrinsic dynamics of the earth system feedbacks are leading to a hothouse earth scenario. That is why it is time to re-imagine the prism through which this existential challenge is framed.

Earthly colors immemorially attune us to life’s prismatic richness: chromoscapes and polychrome expressions are an attribute of all life forms, faunal, floral, bacterial, and even mineral. Color dynamics shape the life experiences of humans as well as nonhuman entities, manifesting in the permeable boundaries between them, as color plays a constitutive part in more-than-human environments.

We can tune into the drama and evolution of life through colors to see how connections on our symbiotic planet unfold in more ways than one. This interpretation of the earth (and of life itself) helps ecological imagination recast the color spectrum into a new understanding of biodiversity. As the geneticist Mae-Wan Ho and biophysicist Fritz-Albert Popp explain in reference to Lynn Margulis’s vision of Gaïa:

We can see that sunlight is the most fundamental source of energy, which is supplied at the high frequency end, and biological systems as a whole display the natural tendency to delay the decay of this high-level energy for as long as possible. This is why the earth’s natural biosphere is not a monoculture, indeed, it is the very diversity of life that is responsible for delaying the dissipation of the sun’s energy for as long as possible by feeding it into ever longer chains and webs and multiple parallel cycles in the course of evolution (Gaia and the Evolution of Coherence, 1989).

Light, color and liveliness belong together; this connection has been confirmed by pioneering research from Albert Portmann, who has demonstrated the fundamental importance of self-portrayal in evolution, and by biophysicist Fritz-Albert Popp, who has studied for many years the phenomenon of the “lifelight” – i.e. biophotons.

The Anthropocene, however, is now muddying nature’s polychromatic richness and vibrancy. As Naomi Klein has noted

A study published this spring in Geophysical Research Letters found that if we inject sulfur aerosols into the stratosphere in order to dial down the sun, the sky would not only become whiter and significantly brighter, but we would also be treated to more intense, “volcanic” sunsets. But what kind of relationships can we expect to have with those hyper-real skies? Would they fill us with awe – or with vague unease? (“Geoengineering,” 2012).

In the strange terra incognita of the Anthropocene even the world’s chromatic liveliness shining through plastic refuse now causes the demise of countless avian and marine creatures, as recently documented by Chris Jordan’s “Albatross” (2017). Since there are no environments unspoiled by human interference today, including our own bodily natures and the biology of other organisms, weirdly emerging colors, in their hazardous luminosity, affect the “response-ability” (in Karen Barad’s terms) of all beings, luring many nonhuman species to death. The world becomes dimmed. Many examples in nature show us indeed that a dying organism loses its color: humans turn pale and falling autumn leaves turn to brown and finally to black, which is commonly linked to death.

The mathematization of nature is symptomatic of this death drive. The inaugural act of modern science, which is also the ideological engine of the Anthropocene’s thermo-industrial dynamics, depends on an operation of bifurcation as Alfred North Whitehead argues in The Concept of Nature. It correlates the greenness of trees to the conjectured geometry of gray matter as mere appearance.  It takes away the colorful vibrancy of being alive. In his debate with Newton, Goethe similarly draws attention to the “coming into being” of the primal phenomenon of color as it arises in our perception from sun and sky out of light and dark revealing the living atmosphere of our planet. What Goethe then discovers is a mode of creative and participatory consciousness, beyond the modern bifurcation of nature, showing that the very nature of reality is characterized by wholeness.

The evidence of this underlying interconnectedness, which is the basis of the ecological and cosmological meaning of color we emphasize, has been long confirmed by quantum physics. As Bernard d’Espagnat observes, quantum coherence experiments show ‘‘that the kind of physical reality whose regularities the principles of physics are expected to map’’ constitutes ‘‘a nonseparable whole, with properties quite different from those we are accustomed to attribute to any kind of reality (Conceptual Foundations of Quantum Mechanics, 1971: 237,239). And no theory grounded in the causal-realist views of reality can account for this.  Poets and novelists have also known this fact; for example, the British Postmodern writer Jeanette Winterson articulates a similar statement through the female physicist Alice in her novel Gut Symmetries: “The separateness of our lives is a sham: (…)  thinking nature, human nature and the cosmos are patterned together’’ (97). This quantum biological interpretation endorses what Arne Naess calls ‘‘the relational total-field image’’ of life (Ecology, Community and Lifestyle, (1992), 3). In light of this complementary approach (as opposed to the dominant paradigm) and considering the dark path to geohell on which the Anthropocene is unfolding, we propose to reclaim the entangled colors of life. By doing so, we are recognizing the elemental power of the rainbow as the sign of the first Covenant with all life on earth that was initially given to Noah in the face of the Deluge to ensure that “Never again will all life be destroyed by the waters of a flood; never again will there be a flood to destroy the earth” (Genesis 9). This path might seem improbable to our current technocratic framing of the human condition, but it luminously manifests that the way of transformation requires a different kind of wisdom and a different kind of courage.

Attuning us to the quantum coherence of the living earth, echoing Elisée Reclus’ incandescent definition of the Anthropos as “Nature becoming aware of herself” and Herrigel’s Zen in the Art of Archery (1953), the regenerative practice of color meditation opens to new modes of being in the world, as Earth:

Myself as the one contemplating the blue of the sky is not an acosmic subject standing before it, I do not possess it in thought, I do not lay out in front of it an idea of blue that would give me its secret. Rather, I abandon myself to it, I plunge into this mystery, and it “thinks itself in me.” I am this sky that gathers together, composes itself, and begins to exist for itself, my consciousness is saturated by this unlimited blue” (Merleau-Ponty, Maurice. Phenomenology of Perception (2013), 222.

The radical hope offered by this prismatic initiation to the spiritual element in colors could inspire a Curriculum for Transformative Humanities in education and research to reclaim the meaning and the promise of the first covenant. When experiencing the “coming into being” of worldly colors as emotions surging from the intimacy of our heart, we are transformed by the synecdochical understanding that being is inherently narrative. A “grounded mysticism” can explore and experiment reflexive, embodied and meditative practices to reconnect with the stories we find all around us. The adoption of such a curriculum in schools, universities and other academic institutions would significantly contribute to change our relationship to knowledge as we would not then seek it to possess, submit or master but to care, to meet and preserve. By shifting our stance from the perspectival distancing of predatory vision to the hospitality of listening in order to let oneself be affected, and thereby transformed, by other forms of life, it could help to transform our way of knowing and acting in the world based on the principles of reciprocity and coexistence with the Earth. Extending “ethical relations to the other-than-human” (Barad 2007: 391-92), it would open a path to engage in concrete affective encounters with earthly agencies, encourage an ecological attention to life as an expressive force and teach us how to attune ourselves to its stories. We might then learn how to live in Anthropocene.

Credit: Patrick Degeorges and Serpil Oppermann, Reclaiming the Entangled Colors of Life in the Face of the Anthropocene, Originally published in BifrostOnline, 2019 (CC-BY-NC-SA 4.0)

What historical concepts can help us negotiate the implications of the Anthropocene? 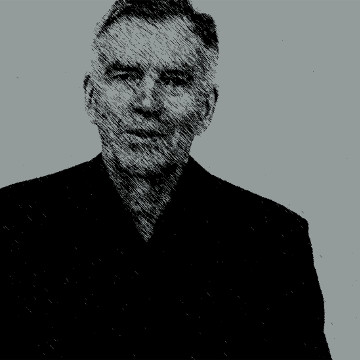 Environmental anthropologist Gísli Pálsson reflects on the ancient Greek concept of oikos (housekeeping / household economy), from which the modern concepts both of economy and ecology derive, as potentially holding a renewed relevance in the Anthropocene. With human beings searching for solutions to wicked problems in a world in which ‘planetary boundaries’ have become a priority consideration, we may find in this root concept of oikos a new tool in an ancient sheath as we actively rethink and reexplore our bonds to the earth and to each other.

Can the agora be reclaimed as a space for global advancement on ecological questions? 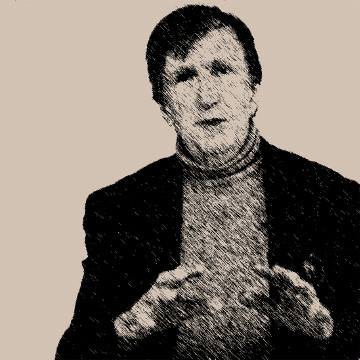 Philosopher Bruno Latour discusses the anthropocentric limitations of the agora concept in the context of ecological questions, noting that the reason why the agora is empty is because it’s still humans talking to humans about human things and not about things more generally, the entities with which we share our lives. He suggests that instead of attempting to resuscitate the agora, we should turn to the old Norse/Nordic concept of the Ting (Old Norse/Icelandic þing) as a model better suited to the challenges of the Anthropocene.

Can humans overcome their differences to face the challenges of the Anthropocene? 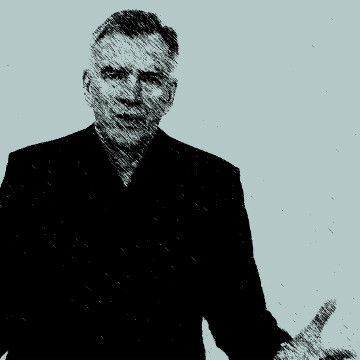 Environmental anthropologist Gísli Pálsson unpacks some knotty assumptions that need to be worked out if the international community is to manage a coherent response to the challenges of the Anthropocene. One of these is the problematic notion of human unity — the “we” too often casually assumed — in light of the diversity of geographical, cultural, political and socio-economic differences in human groups and societies around the globe. Another is the notion of science, which he asserts is already losing the capital “S” in response to a growing need to unite disciplines and varieties of knowledge represented by social sciences, literary scholarship, and the humanities in the broadest sense, as well as other communities not part of the academic establishment of specialists. Such refinements in our thinking and assumptions may need to be embraced, he suggests, if we are to come to terms with the new challenges facing humanities and the planet in the Anthropocene.

Setting aside half the Earth for ‘rewilding’: the ethical dimension 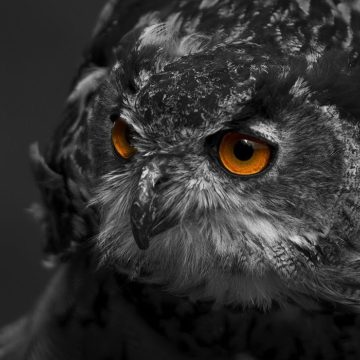