Women Who Swim with the Whales:

COVID-19, Ecological Disaster, and Dialogues Across Species and Generations 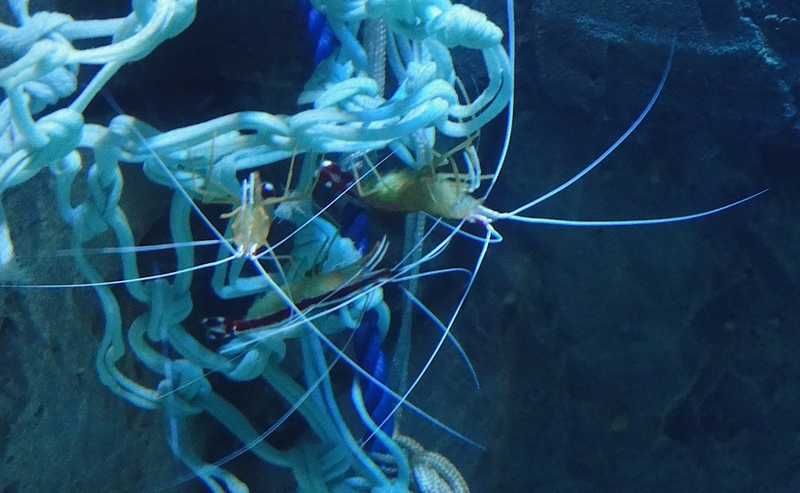 Sometimes reality seems to be a strange warren of disorienting tunnels. Facts and books communicate, and no matter how long it takes, sooner or later they find their way. When they meet, unexpected meanings suddenly emerge in the ensuing dialogue. This is the case with Krill, a book of poems by Gabriele Belletti. On the book jacket, Fabio Pusterla, one of Europe’s foremost poets, wrote, “This is a curious book, very composed yet daring, astonishing with light words, and rich with courage, ingenuity, and imagination.” Indeed, Krill is a curious book, starting with its title, which refers to those small crustaceans that nourish whales and belong to the first few links of the ocean food chain. It is unusual because it is not a simple collection of poems but a long poem written in stanzas, and today, not many poems of this type are written. It is also unusual for what it describes, and for the way it observes reality. Krill moves between two settings. The first is of pure intimacy: it is the story of Dina, an elderly woman in a nursing home, seized by “slow agony” (again Pusterla) while being looked after by a son and another elderly woman, also in the nursing home. The other setting is, instead, expansive and remote, but represents a specific and very real event: the Deepwater Horizon oil spill. While Dina is enveloped in her agony (April-August 2010), the BP spill floods the ocean with millions of barrels of petroleum. The two stories run parallel in a game that is almost cinematographic with close-ups and aerial shots, molecular silences and mechanical sounds. However, at a certain point, something unexpected happens. Dina stops being Dina and becomes a whale. She finds herself swimming in that ocean, fleeing the “petroleum horror.” Far from her room, her bed, and everything else, Dina “is sinking, is searching the currents, is steering herself, without realizing it, towards the krill, the food that will possibly trigger a rebirth, that will reveal a beyond” (Pusterla). Suddenly we see her rising up from the ocean’s depths: “A jet of water comes out / beyond the surface of the sea. / For one instant only / It is Dina / coming back / to breathe.”

I was thinking of Krill during these past days when thousands of Dinas, in nursing homes throughout the world, are dealing with their own personal “slow agony.” I thought about the profound loneliness of the women and men who, not so long ago, had creative energy, spirit, engaged bodies, distinctive pleasures and tastes, freedom. And I thought about the other Deepwater Horizon: that of the absurd contagion, spread throughout the assisted living facilities of Lombardy and other Italian regions, after thoughtless choices exposed already vulnerable people to the virus. In fact, at the end of April, the director of the European branch of WHO, Hans Kluger, declared that in Europe and the world up to half of the COVID-19 deaths have occurred at senior assisted living facilities or at long-term care facilities. In Italy one of the most appalling cases of mismanagement happened in these very institutions. At the beginning of March, health authorities in Lombardy decreed the dislocation of COVID-19 patients into assisted living facilities, and this was the beginning of one of the most dramatic phases of the epidemics. For still inexplicable reasons, “they placed people ill with coronavirus together with the most frail, those who, more than anyone, had to be protected. […] Nursing homes […] were transformed into deadly biological bombs” (as quoted in la Rebubblica, 16 April 2020).

This is also an ecological disaster of oceanic proportions. Here thousands of fragile creatures are found suffocating from a viscous wave that has suddenly overwhelmed them until they are beached in absolute solitude. Worse still, this wave has forced them to engulf other creatures, to be the arbiter of a senseless spillover in a context in which making errors was, in theory, more difficult than not making them. Instead, in practice… While the general context seems quite clear regarding how and where responsibilities escaped control, the judiciary is in charge of shedding light on individual details of the disaster. But, as with all avoidable disasters, there remains a sad wonder that this was possible at all. Krill helped me to see this. 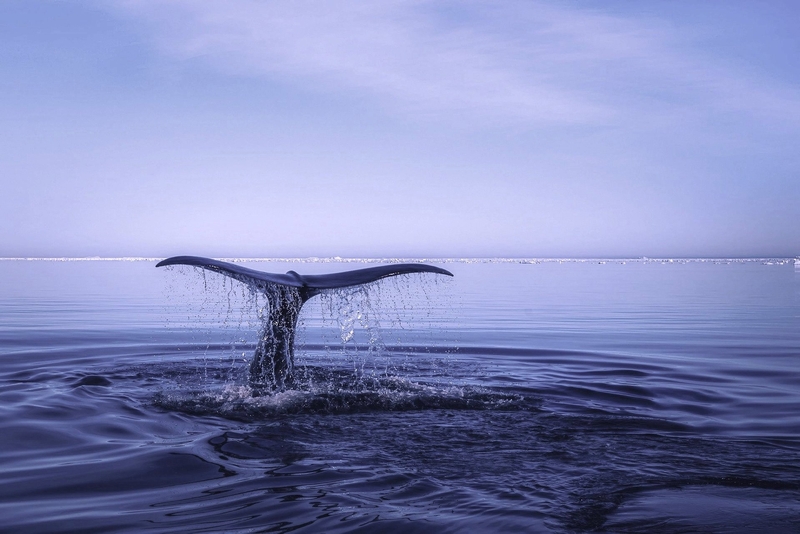 The powerful image of Dina who becomes a whale. The reassurance of seeing her escape the dismal wave. Immersing herself in the depths and then returning to breathe, exhaling that hunger for air which, these days, can be lethal. It is not easy to swim in the abyss. It does not deter the storms. It does not provide shelter. And yet, the freedom created from this metamorphosis is salvific: it is the freedom to leave. Dina-whale returns to being the mistress of her destiny: a valiant attempt to live a life, pushed towards the only possible conclusion, and to go where there is nourishment, silence, and space, risking everything. “Beyond the barriers that seem insurmountable / to those who do not cross them, who are in no / condition to cross them / In those spaces / silent at times / at times stormy / the whale / dwells.” Crossing insurmountable barriers is the opposite of what many people at the end of their life can do—especially now. But what do these barriers mean?

Recently oceanographic researchers have shown a keen interest in studying whether current decreases in maritime traffic due to the coronavirus pandemic may be resulting in a reduction of stress hormones in whales, a hypothesis based on the results of an earlier study of North Atlantic right whales, which established the first evidence that exposure to low-frequency ship noise may be associated with chronic stress in whales. (Incidentally, this study underlines something we rarely think about: that is, how much commercial and tourist traffic and radar systems more generally profoundly interfere with the underwater navigational maps of fish and cetaceans, as Stacy Alaimo emphasized in Exposed.

It is too early to consider the real impact of these temporary changes. Nevertheless, I believe that the big disasters that impact the ocean and those seemingly smaller disasters, occurring in nursing homes, should be considered together. In fact, they are effects of the same contagion—the contagion of declining attention towards everything that is not part of the narrative of growth and profit, even in healthcare. 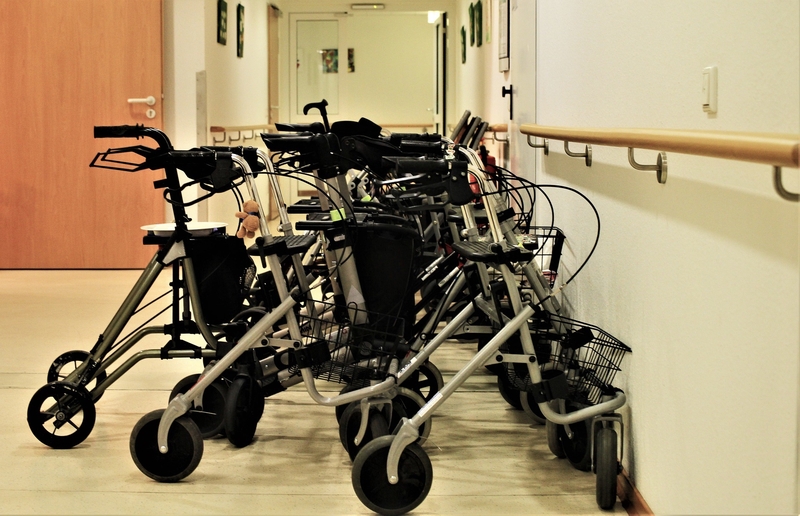 If assisted living facilities become epidemiological bombs, it does not make sense to blame the virus, just like it does not make sense to blame the petroleum when a disaster like Deepwater Horizon occurs. And it is not even worth speaking about destiny. These things happen because of our unforgivable distraction regarding our place in the world. Such attention is lacking when health authorities sign an order or when other species’ lives hang in the balance: that consideration of the other, gazing at them. No longer pretending that what is not seen does not exist. Another poet, Franco Arminio, correctly tells us that “more than the year of growth, / we need the year of mindfulness,” and that “today to be revolutionaries means to take away / more than to add, / to slow down more than to speed up, / it means to value the silence, the light, / the fragility, the sweetness”.

Making us slow down, take away, and value the silence and the light, this emergency is revolutionary. But it is also an invitation to reestablish our connections with fragile existence, to recognize all of the unheeded warnings, the pandemics that did not touch us, the wars that are not ours, the sufferings of a world—human and nonhuman—that does not have words to speak. In these odd days, while the elderly die in the world’s assisted living facilities, many Dinas of different natures have returned to breathe in the oceans, in forests and countrysides, even in cities. The priority of “civil life” right now, one will say, is to reorder the disordered healthcare and economy, and to cure citizens. But why should we dismiss those other creatures and lives? Why do we not try to imagine a society in which those who today are at the margins acquire a concrete right to citizenship, a right to recognition? “Where there is danger, grows also that which saves,” writes the poet Fredrich Hölderlin. It might be true. But do we truly believe that it is possible to save ourselves on our own? 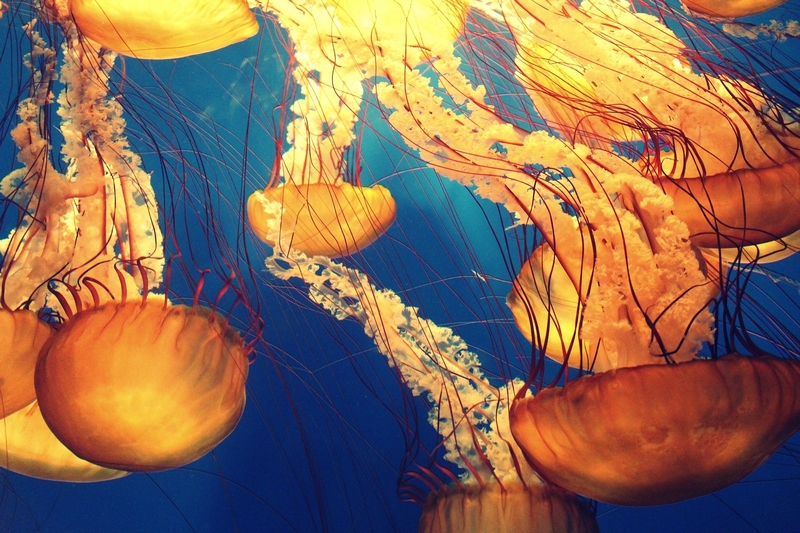 When the danger has such an expansive reach and affects our connections with the planet, perhaps to save us, we need a pact between species based on different criteria from what we have known so far. In I promessi sposi (The Betrothed) (1827), Alessandro Manzoni offers us a possible model. In Chapter XXXV, while walking through the shacks of a hospital for lepers, Renzo comes across “a refuge for innocents” where babies are cared for. Wet nurses and other women look after them. But they are not alone. With them are “nanny goats” serving “as their assistants.” Manzoni writes, “it was a strange thing to see one of those beasts standing over a baby and giving him her teat, and another run off in response to a hungry wail, as if prompted by a truly maternal instinct, and stop by her little foster-child and try to get into the right position for him, bleating and wriggling as if to call someone to come and help both of them.”

All together, human and nonhuman mothers, mammals like Dina and the whale, are intent on looking after small creatures while outside there is pestilence. One could say that together they prepare the future. More simply, however, they speak to us about a community that recovers by relying on all of its members. Reversing the roles, other interspecies models of maternity come to mind, such as the Australian wombat mothers (with Val Plumwood as an illustrious representative), or the veterinarian and writer Massimo Vacchetta in Northwest Italy, who cures (as a doctor and as a mother) severely hurt hedgehogs. These are symbolic examples, but whoever takes care of nonhuman animals, thinking that their life has an intrinsic value, makes this pact. Truth is that, at the time of the Sixth Extinction and of the Coronavirus pandemics, we should radically rethink our relationship to nonhuman others, starting with our alimentary habits.

And just as we need a pact between species, we need one between generations—not stagnant and linear, but innovative and subversive. To the image of the goats, I would thus add another image, one dear to painters like Rubens and Caravaggio: the Caritas romana, or Roman Charity. This image is the figure of old Cimon, sentenced to death by starvation and nursed secretly by his daughter Pero while imprisoned. It is a paradoxical scene, almost scandalous, but for this reason it is able to upend the accepted order in which children feed from the bodies of fathers and mothers.

This also reminds us to rethink the “dynastic” rhetoric that we often trust acritically. It does us no good to think about the earth as a ‘mother,’ our country as a ‘fatherland,’ or the elderly that die in nursing homes as our ‘grandparents.’ If we want to be credible, we must love the earth as one loves a daughter. With the same affection, with the same concern of guaranteeing her tomorrow. We must not simply accompany her up to a point and then continue without her. The same is true for our country and even more true for our elders. We must accompany them into the future, realizing that the future always precedes us: it is already here in our decisions, in our awareness, in our errors, in our freedom.

English Translation by Megan A. Fenrich.
Gabriele Belletti’s poems have been translated by Serenella Iovino. 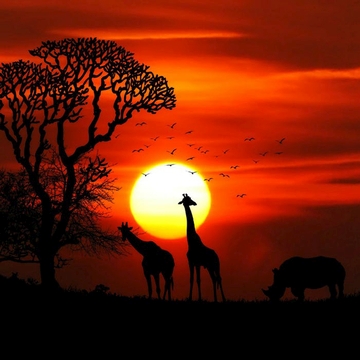