The potential of a “Climate Canon”

In January 2018 bitter cold gripped the Eastern Coast of North America, prompting many climate deniers, including a president, to dismiss the notion of climate change.  New York City looked eerily like the set of Roland Emmerich’s film, The Day After Tomorrow, which imagines a new ice age on the East Coast ushered in by human-caused disruption of the North Atlantic Ocean circulation. The film was panned by critics for its scientific “inaccuracy” and slammed on Rotten Tomatoes by viewers who loved the spectacular snow scenes but who found the plot too implausible even for sci-fi.

Last month’s deep freeze, however, was making Emmerich’s plot appear to some people as, well, not so implausible. As the headline in the New York Times asked, if the climate is warming, then “Why So Cold”? While scientists have not answered the question definitively, some studies are suggesting that because the Artic is the fastest warming region on the planet, the polar vortex is “weakening more frequently and staying weaker for longer periods of time. That allows cold air to escape the Arctic and move to lower latitudes.”

The Day After Tomorrow fits loosely into a genre of fiction and film, with plots linked to a warming planet, that has been trending in university literature classrooms and in online debates such as “Will Fiction Influence How We React to Climate Change”? As major news outlets pick up on the term, there is increasing interest in the potential of literature and film to influence public perception of human-caused environmental change. The Guardian traces “cli-fi” to Dan Bloom, a freelance news reporter based in Taiwan, who coined the term in 2007.  Since then, cli-fi has been appearing in university courses outside of literature departments, even those focusing on sustainable architecture or deforestation, for example.  In the public domain, literary critics are exploring what can only be described as the remarkable increase of award-winning fiction set in a futuristic, usually dystopian, climatically changed world (e.g., George Turner’s The Sea and Summer (Gollancz 2013), Nathaniel Rich’s Odds Against Tomorrow (FSG, 2013, Reprinted Picador 2014) and Paolo Bacigalupi’s The Windup Girl (Orbit 2010, Reprinted Night Shade Books 2015).

But not everyone is getting on the “cli-fi” bandwagon.  In an interview in Slate Magazine, conducted by Ed Finn, director of Arizona State University’s Center for Science and the Imagination, internationally renowned novelist Margaret Atwood speaks on hope, science, and the future. Her recent MaddAddam Trilogy (Anchor 2014) is often described as cli-fi, but she prefers the term “speculative fiction.” “I think calling it climate change is rather limiting,” she tells Finn. “I would rather call it everything change,” she noted, since her novels are meant to fire her readers’ imaginations towards alternative possibilities for the near-future, rather than for the end of the world.

In my own research and writing, I have argued that writing about human relationship to the climate and to the future is as old as storytelling itself, reaching back, at the very least, to ancient oral traditions and written texts remembered and recorded by people living in Egypt, Greece, Rome, China, Europe, and the Americas. Mixed-genre  oral and written texts, sometimes referred to as “almanacs” or “farmer’s almanacs,” for example, intermingle practical advice on the agricultural arts, mathematics, and astronomy with imaginative social commentary that often takes the form of creation or migration narratives, songs, or prayers (Adamson, American Indian Literature, Environmental Justice, and Ecocriticism: The Middle Place University of Arizona Press, 2001, 133-34).

Greek poet Hesiod’s Works and Days (c. 700 BCE) is often considered the first farmer’s almanac because of its advice to farmers dealing with drought and poor soils.  Hesiod weaves imaginative social commentary into his recitation of the stories of Prometheus, who created humans from clay, and Pandora, whose curiosity impels her to open a jar from which malicious spirits escape.  These “evil” spirits, which Hesiod clearly links to Greek “seizure” of wealth from their “neighbors” (ll. 320-341), raise questions about human behaviors, especially in times of scarcity and change, and advocates ethical attention to the weather and the activities of animals (ll. 342-351).

Similarly, social commentary is woven into the first printed versions of the Mayan almanac, the Popul Vuh (c. 1500 CE).  In this corpus of mytho-historical-astronomical narratives, the gods of the sea and sky make four attempts to create human beings capable of living ethically with other humans and animals.  In one failed attempt, the gods create a being of mud that is washed away by the rain. Anthropologist Dennis Tedlock has suggested that Mayan elders were not copying or paraphrasing the Greek story of Prometheus or the Biblical story of Adam’s creation from mud in this passage.  They are negating the story of Adam and thus directly critiquing Spanish colonizers who did not believe the Maya to be human and who were plundering the resources of the Americas (1983, 263-64, 270-71). These ancient story cycles make “visible” the connections between the weather, human activities, and cosmic and biogeochemical processes necessary to the well-being of all life on the planet (See Adamson, 2001, 145). They work as an imaginative force for encouraging humans to reevaluate behaviors that unleash “malicious spirits” (or what sustainability scientists today refer to as “unintended consequences”). 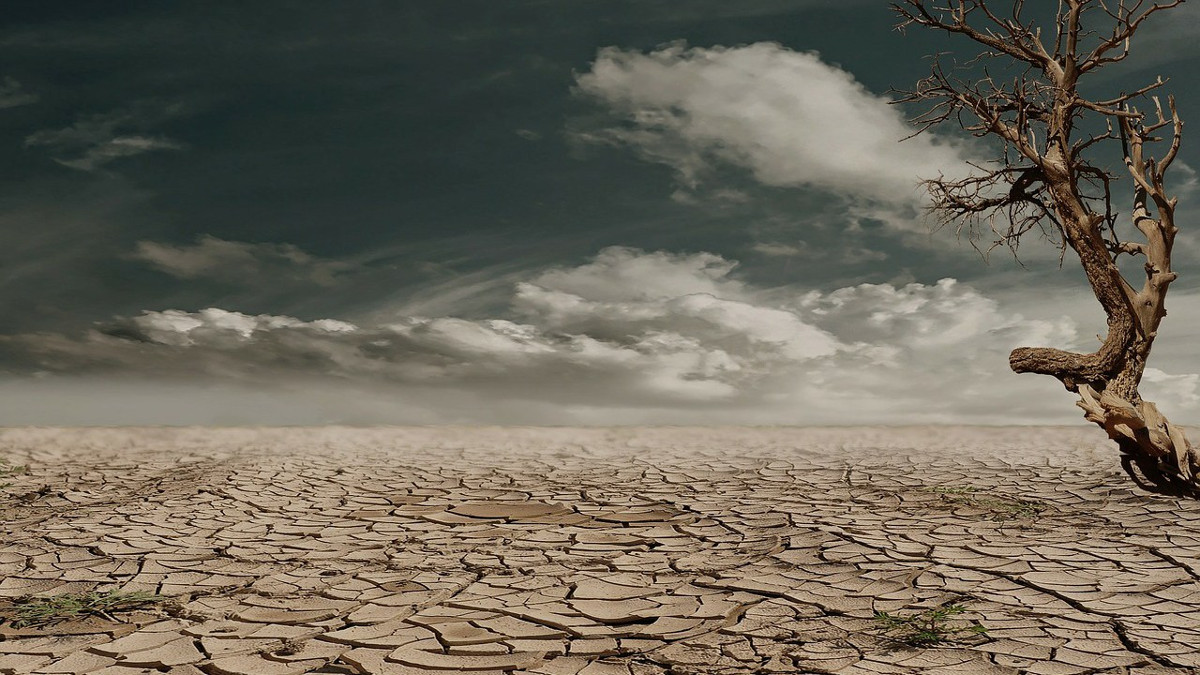 In a 2015 workshop at Arizona State University, “Climate Fiction: Science, Stories or Seeds of Transformation,” sponsored by the Imagination and Climate Futures Initiative, I coined the term “climate canon” and encouraged the audience to employ this term as a way of expanding what we mean by “cli-fi.” A “climate canon” might include the entire body of stories, performances, poetry, dance, literature, and film that reflects on human relationship with planetary ecosystems and global social systems. It might include not only almanacs, but Alexander von Humboldt’s bestselling five-volume work, Kosmos, published in 1845, and the many works it inspired.  A Prussian geographer, naturalist and explorer who traveled through Amazonia at the end of the 1700s, Humboldt (1845-62) defined “Nature” as a “planetary interactive causal network operating across multiple scale levels, temporal and spatial.”  As Laura Dassow Walls establishes in A Passage to Cosmos (University of Chicago Press, 2009), Humboldt was the first European to warn about the links between “deforestation, environmental change and depopulation” (11, ix).  His scientific observations profoundly imprinted Charles Darwin’s theories of evolution and his views on the immorality of slavery and the intelligence and agency of indigenous peoples, in turn, influenced Henry David Thoreau, whose writings are considered a touchstone for what Lawrence Buell has called the modern “environmental imagination.”

At Columbia University in the 1920s, Humboldt’s devoted disciple Franz Boas, also known as the “father” of anthropology, would influence other ethnographers and writers such as Zora Neale Huston whose research, first at Columbia, and then, among Caribbean and Southern American indigenous and African people would become the basis for her most famous novel.  Their Eyes Were Watching God (1937) could surely be described as climate fiction, or speculative fiction, for its depiction of an historically-accurate 1928 hurricane that killed thousands of predominantly black migrant workers living in the lowlands of Florida.  This novel is significant for anticipating twenty-first century debates about the links between structural racism, poverty and increased vulnerability to extreme weather (as we saw during Hurricane Katrina).

The failure of the 2009 Copenhagen talks (COP 15) on climate change, just a few short years after the socio-environmental catastrophe of Katrina, illustrates there are significant barriers to achieving sustainable futures that include bureaucratic inertia and the tendency of governments, academia and other groups to work in isolation.  To break through this inertia, humanists who study what I have described here as a climate canon are forming interdisciplinary global networks throughout the US, UK, Australia, China, India, Korea, Taiwan and the Circumpolar North. The Humanities for the Environment network (HfE), and the scholars working through it, are encouraging their students and the public to deepen their understanding of the ways that storytellers, artists and writers, working with scientists, engineers and environmentalists can, as Eileen Gunn writes in Smithsonian Magazine, engender the sort of flexible thinking that not only inspires readers, but compels them to consider the myriad potential consequences of human actions and, in so doing, reimagine the future.

More on this subject by Yale Climate Connections →

More on this subject by the Independent UK → 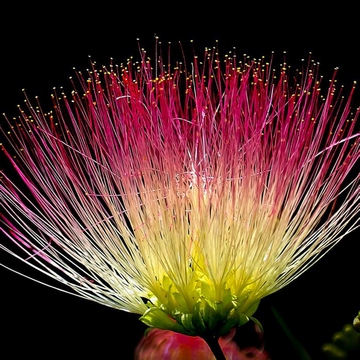 Social Protection as a strategy to address climate-induced migration 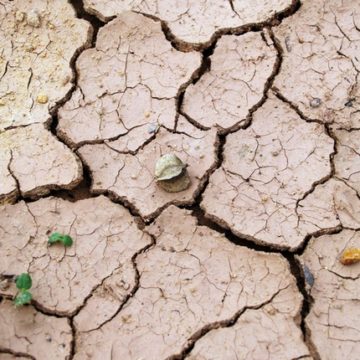 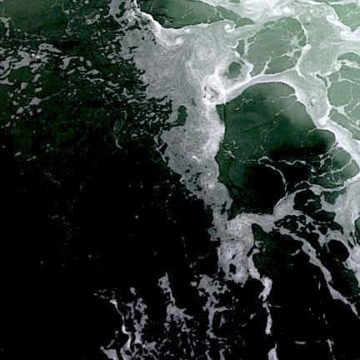 Welcome to the Anthropocene 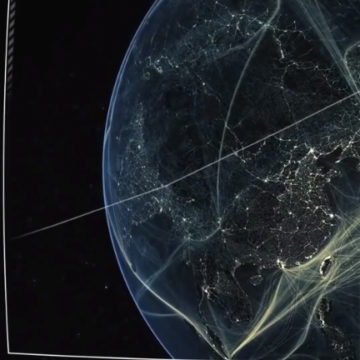