There Are Lots of Climate Uncertainties. Let’s Acknowledge and Plan for Them With Honesty. 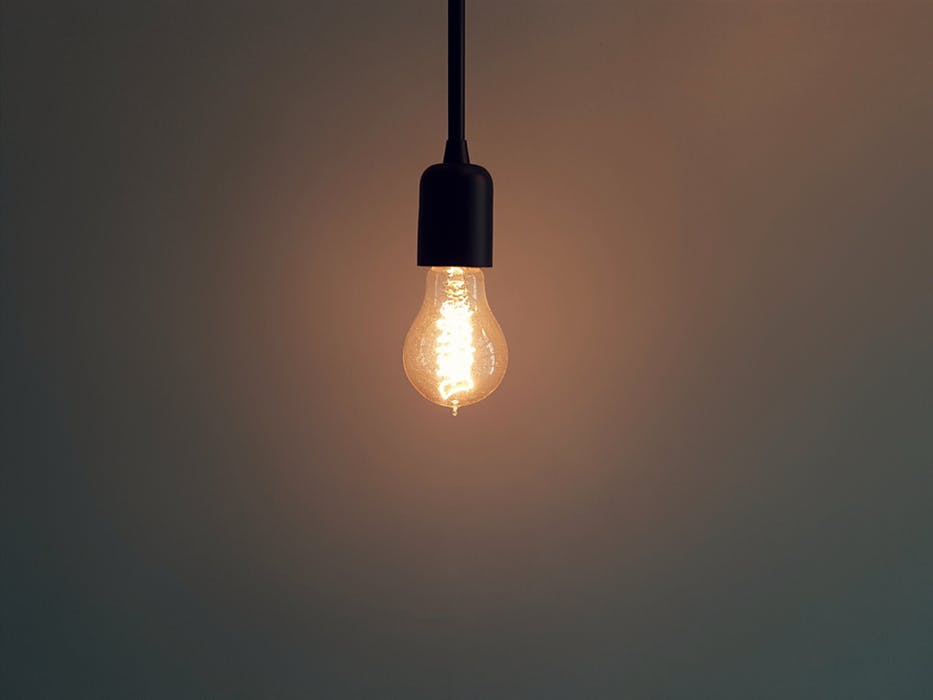 Last fall, I attended a meeting of the Society for Decision Making Under Deep Uncertainty, hosted by the World Bank. The small, somewhat ad-hoc organization has a quirky name but an urgent goal — helping governments, companies and international agencies grapple with complicated problems with enormous and enduring consequences, from forging climate change policy to avoiding the collapse of a financial system.

Given that the workshop took place one week after the 2016 election, and given the dismissive stance on climate change of the president-elect, climate policy was a big theme, as were the limits of predictability.

What was rare about the conversations and presentations was a full embrace of the unknowable along with the known, even amid demands for immediate and far-reaching policies. Think of that in the context of three decades of the public climate debate, in which discourse has so often been bracketed by proclamations of certain calamity — either environmental (the planet will overheat) or economic (regulations aimed at limiting carbon emissions will strangle businesses).

Of course, no one there questioned the basic science identifying a growing human impact on climate from the buildup of carbon dioxide and other greenhouse gases in the atmosphere. But as is well known in the scientific community, while the climate basics have long been clear, many of the most consequential aspects of climate change remain shrouded in uncertainty.

Despite three decades of intensifying analysis using ever more sophisticated computer simulations and observing systems and vast troves of data gleaned through the passage of time, two of the most basic questions remain enduringly unclear: the pace and extent of warming from a given rise in CO2 and the resulting rate of sea-level rise as ice sheets deteriorate. Through 2100 or so, either could be disastrous or manageable.

There are also important, if more granular questions to which the answer, with increasing confidence, is essentially we don’t know.

I’ve seen no evidence hinting that clarity is likely to emerge on these questions in the next decade. Does this mean the world should let that African region — which other studies show is vulnerable to mega-droughts with or without global warming — sweat it out as populations double in coming decades? Should coastal cities ignore hurricane hazards and rising seas, whatever the rate, when they plan urban development on coasts?

In a surge of internet rage over the weekend, what could appropriately be called the “uncertainty monster” surfaced once again in the climate debate, in a flood of oversimplification, misinterpretation and correctives. (The phrase was coined in 2005 by Jeroen P. Van der Sluijs, a University of Bergen researcher whose focus is “contested science.”)

The trigger was the inaugural New York Times opinion column by Bret Stephens, the Pulitzer-winning conservative columnist who has variously enraged and enthralled the left and right in political commentary but, until recently, consistently framed “global warming as mass neurosis.”

His piece, “Climate of Complete Certainty,” centered on the failure of the environmental (and political) left to galvanize climate concern and action and blamed that failure on overadherence to certain models and lots of overstatement. “We live in a world in which data convey authority,” he wrote. “But authority has a way of descending to certitude, and certitude begets hubris.”

In some ways, the column made clear Stephens had come a distance in his views. And he flirted with some thoughtfulness about the perils of certainty. But his prime conclusion amounted to a defense of forestalling action on climate change while awaiting more certitude.

The column prompted outrage and criticism from environmental commentators and readers of the Times, upset inflamed even further by the timing — the day of the People’s Climate March that flooded streets in Washington and dozens of other cities.

The resulting debate has born little resemblance to that among the risk managers gathered at the bank. Most likely the result will be more public confusion than enlightenment.

I had written to Stephens last week before his column ran. I was curious to get a sense of the roots of his stance on climate issues. I included a link to a 2016 magazine essay in which I described my 30-year learning curve on the topic. 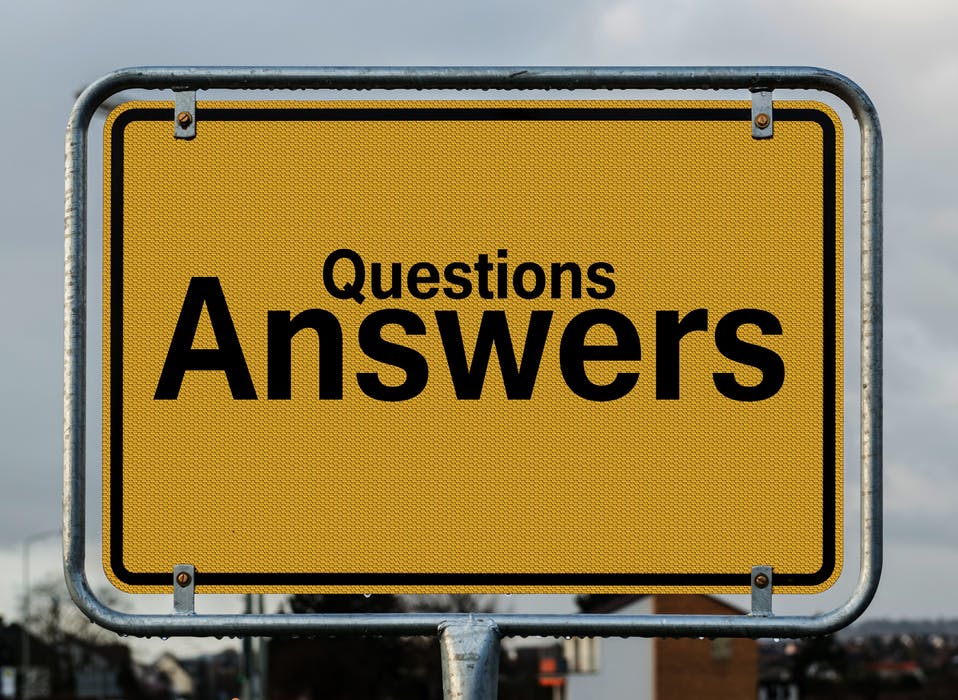 We had a pleasant, brief back and forth. I noted that some climate insights involved important “known unknowables.” I also said, “The climate arena is rife with overstatement, but it’s at both ends.”

Stephens wound up using parts of my writing.

“As Andrew Revkin wrote last year about his storied career as an environmental reporter at The Times, ‘I saw a widening gap between what scientists had been learning about global warming and what advocates were claiming as they pushed ever harder to pass climate legislation.’”

At around 800 words, columns inevitably involve trimming. But I wouldn’t have minded if he’d included the rest of my paragraph: “Mind you, there was usually a much bigger gap between the science and the views of industry supporters defending fossil fuels or fighting environmental regulations or taxes. But to me, the monumental nature of the task facing those trying to move the world away from fossil fuels called for extra attention to detail.”

It’s not a terribly fair statement of reality. Those serious about climate change have long been clear about the nature of uncertainty on keystone questions: How dangerous is climate change? What do we do about it? Those are laden with value judgments and require debate well beyond science, which simply delineates risks.

And, as I noted in my tweeted message to him before his column ran, his critique of the environmentalists could be used against those proclaiming the certainty of disastrous economic outcomes from policies aimed at cutting greenhouse emissions or boosting communities’ capacity to handle climate hazards. One doesn’t have to look far for examples.

And the flipped argument, that an honest assessment of uncertainty justifies nothing more than more conversation, misses decades of scientific, economic, strategic and policy analysis showing that uncertainty, informed and bounded by science, is actionable knowledge.

Kenneth Caldeira, a much-published Carnegie Institution climate scientist, now divides his time between studying unfolding impacts of climate change, including on coral reefs, and research on possible clean-energy solutions — and occasionally fact-checking the internet with others. On Saturday, he posted a critique stressing the dangers in the Stephens interpretation of uncertainty and lack of attention to what is clearly known:

Caldeira is hardly alone in this view. There are entire issues of scientific journals devoted to understanding and responding to deep climate change uncertainty.

So those calling for nothing but delay and debate, as Environmental Protection Agency administrator Scott Pruitt did on MSNBC in March, have some explaining to do. What is it they are waiting for?

In fact, if anything, the core challenge of global warming is both clearer and vastly bigger than most of those debating it either understand or care to talk about. What is perhaps the most important scientific analysis pointing this out went largely uncovered early last year — a paper describing, with essentially no uncertainty, the enormous “consequences of twenty-first-century policy for multi-millennial climate and sea-level change.”

I hope Stephens will stay on this issue, but perhaps looking beyond the uncertainty red herring toward common-sense ways to build a durable relationship with energy and climate that any conservative can embrace.

Over and over, I’ve found that climate disputes obscure agreement on clean energy and on building a resilient relationship with the climate system. 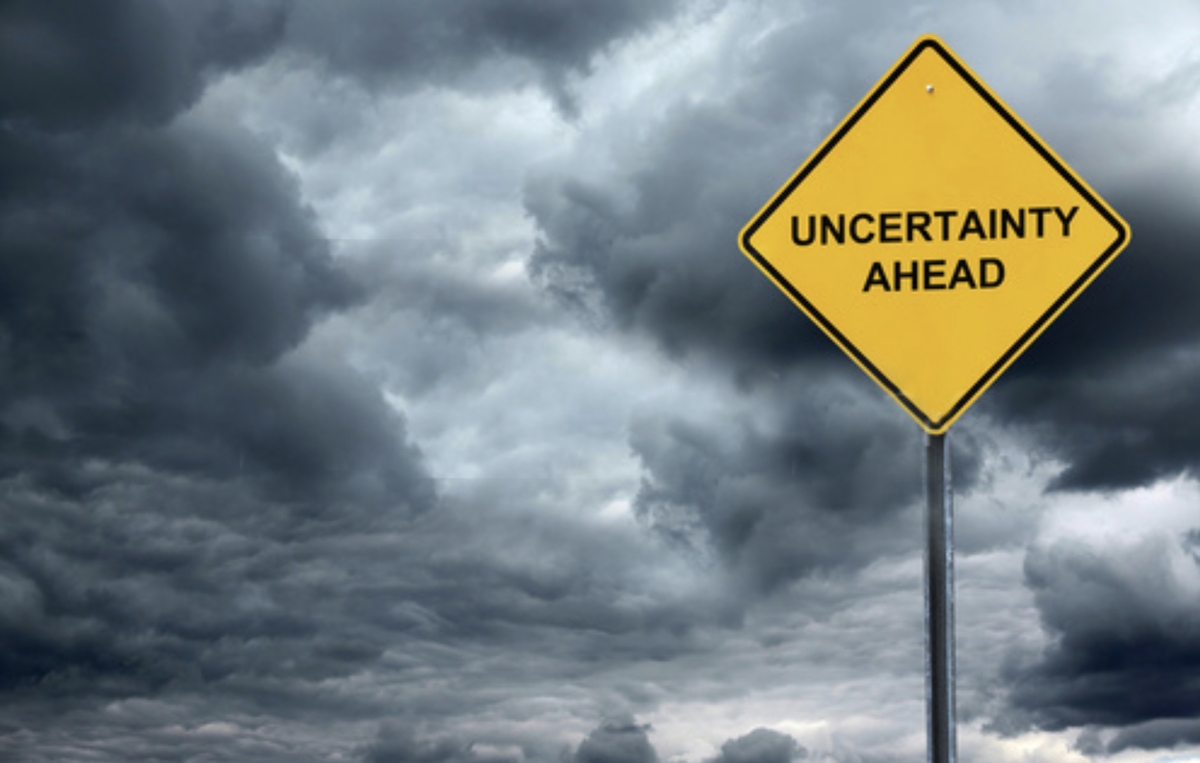 On resilience, there can be bipartisan wisdom in Congress, as was the case, at least briefly, on cutting the subsidy in federal flood insurance that was encouraging development in zones prone to inundation. To revisit this issue doesn’t require embracing the findings in Justin Gillis’ fine Times story last year explaining how a warming-driven rise in sea levels along the East Coast is already contributing to worsening floods even on calm days.

On energy, I’d be eager to know Stephens’ take on “the conservative case for solar subsidies” laid out in a Times op-ed last year by Ben Ho, a White House economic adviser under President George W. Bush. Or he might visit Woodward County, Oklahoma, where John Sutter of CNN in 2015 talked to the owner of a local oil company, Randall Gabrel, who believes “God controls the environment” but also said “we’re going to try to have a solar system big enough to supply all the needs to our house.”

Given his critical eye when it comes to Trump, Stephens might join those trying to hold the president accountable for some campaign statements related to clean energy that appear to clash with his administration’s proposed budget. Last year Trump released this statement to the ScienceDebate.org organization: “Perhaps we should be focused on developing energy sources and power production that alleviates (sic) the need for dependence on fossil fuels.”

On Friday, Jeffrey Mervis reported in Science Magazine that, under Trump’s team, the Department of Energy “has stopped processing the paperwork on tens of millions of dollars in research that its Advanced Research Projects Agency-Energy (ARPA-E) has agreed to fund.” That initiative was created to propel breakthroughs that the private sector can exploit.

Given his support for science, Stephens might explore the gap between Trump’s campaign views and the administration’s actions.

Trump seemed to recognize the value of sustaining federal budgets for basic science during the campaign in answers to questions posed to each candidate by the Science Debate organization:

“[T]he federal government should encourage innovation in the areas of space exploration and investment in research and development across the broad landscape of academia. Though there are increasing demands to curtail spending and to balance the federal budget, we must make the commitment to invest in science, engineering, healthcare and other areas that will make the lives of Americans better, safer and more prosperous.”

There are scant signs of such a commitment to science in the White House’s “skinny” budget, as Science Magazine reported.

Stephens might also talk to the Republican leadership on the House Science, Space and Technology Committee about its funding plans. No conservative columnist has yet built on George Will’s brief effort to warn the incoming Republican House majority in 2011 not to cut science budgets.

So there’s a target-rich environment here for a conservative columnist who says he’s driven by data, averse to unsupported alarm calls and focused on building a better future.

I thus encourage Stephens to join me at the next deep uncertainty summit.

But in the end, given just how “super wicked” this issue is, as some policy analysts have put it, the role of commentary of any kind may have limits.

With that in mind, perhaps the wisest reflection on all of this came over the weekend in a comment by a long-time Facebook friend, Lou Gold, an American expatriate who lives in Brazil’s Acre state, deep in the Amazon rainforest.

“Argumentation — free or false — is not going to resolve the politics,” Gold wrote, “Only nature can do that. And it will.”

Credit: Andrew Revkin, There Are Lots of Climate Uncertainties. Let’s Acknowledge and Plan for Them With Honesty, originally published in Propublica, 2 May 2017 (CC BY-NC-ND)