From deep beneath the sea floor, something has spoken. With sudden colossal force… 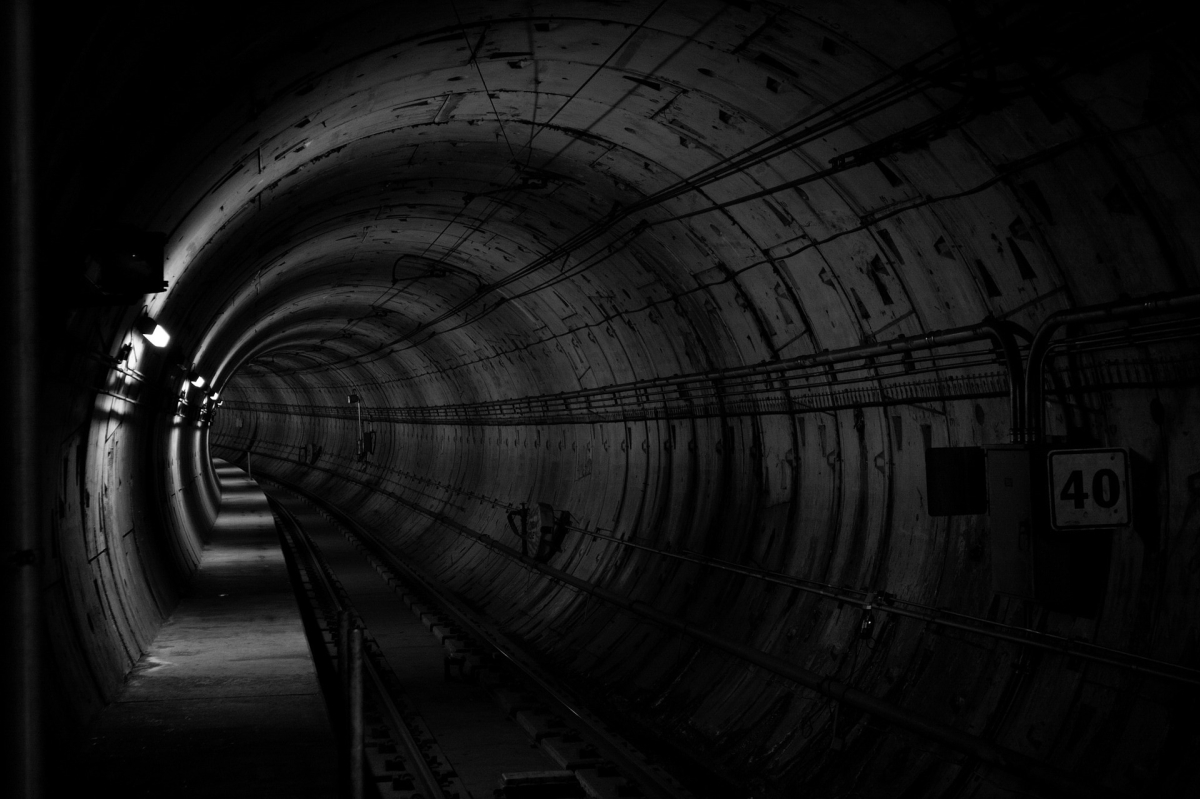 Climate change is an expected other-than-human visitor, a careening material agent voluntarily raised and nurtured by our disruptive practices of exploiting more and more of the planet, and it is not going to leave anytime soon. Timothy Morton calls this excess of economic hubris in plundering and colonizing the earth “an anthropocentric colonization protocol” (Morton, Dark Ecology, 10-11). Despite the evidence that the planet is “warming over land greater than 1.5°C” (Huntingford and Mercado, Nature, 27 July 2016, 5), why isn’t there enough political determination to unseat the main driver of climate change, the fossil fuel economy, or at least to enkindle global agreement in decarbonization policies?  The answer lies in the controversial data about temperatures that seem to be lower than estimates by most climate models (below 2°C). As ecologists Chris Huntingford and Lina M. Mercado explain, “oceans currently provide a significant thermal inertia of many decades” (2016, 1), meaning that the oceans absorb the surplus of CO2 in the atmosphere, keeping it several decades before releasing it back into the air. This interval of time creates the illusion that “all’s well,” making politicians readily ignore the inundating effects of human carbonization protocols.

The fact that humanity’s influence is causing global climate changes is undeniable, even if some people 1 — either brainwashed by or willfully immersed in capitalist-consumerist-colonialist ideologies — continue to hang on to their rhetoric disregarding the scientists’ warnings that we are heading “to a very different state of the Earth System, one that is likely to be much less hospitable to the development of human societies” (Stefen, Will, et al., 2015, 737). Humanity has received two serious warnings from concerned scientists, in 1992 and in 2017. The message in “The World Scientists Warning to Humanity: Second Notice,” signed by 15,364 scientists from 184 countries, is critical: “time is running out,” and before it is too late, we need to “take immediate action as a moral imperative to current and future generations of human and other life” (Ripple, William, et al., 2017, 1026).

Forget the politicians: why aren’t we setting off emergency sirens? It may be because climate anomalies have become absurdly mundane, so we tend to think that these formidable events won’t destroy us. Nevertheless, “climate change is only the tip of the iceberg” (Steffen, Will, et al., 2011, 843), and there is something far more alarming here triggered by capitalist greed for harnessing energy from the planet’s very bowels. It is a human-induced stressor that Jan Zalasiewicz, Colin N. Waters and Mark Williams call “human bioturbation” in their 2014 article “Human Bioturbation, and the Subterranean Landscapes of the Anthropocene.”

The term bioturbation is relatively new in geological literature. Rudolf Richter introduced it in 1952 “to describe fossil biogenic structures found in sedimentary rocks” (Kristensen, Erik, et al., 2012, 286). It was in the 1990s, however, that the term became useful in discussions about the “soil biomantle” (the upper layer of soil produced dominantly by bioturbation). Bioturbation describes the activity of burrowing animals (ants, earthworms, groundhogs) and plants with roots that modify the soil’s morphology and change the sediments. These activities play an important role in subsurface ecosystems in producing a biomantle topsoil. Therefore, scientists call these nonhumans “ecosystem engineers.” In a way, they are also sculptors who mold subsurface structures for tenable soil production. Today, however, ecosystem engineering is being reduced due to human bioturbation, which “induce[s] large changes in the structure of the habitat … with cascading impacts on local biodiversity, and soil and sediment ecosystem functioning.” These changes in the subterranean environments might eventually result in “the removal of keystone bioturbators” (Meysman, Filip J.R,  et al., 2006, 692, 693) that are essential in preserving the health of subsurface environments. 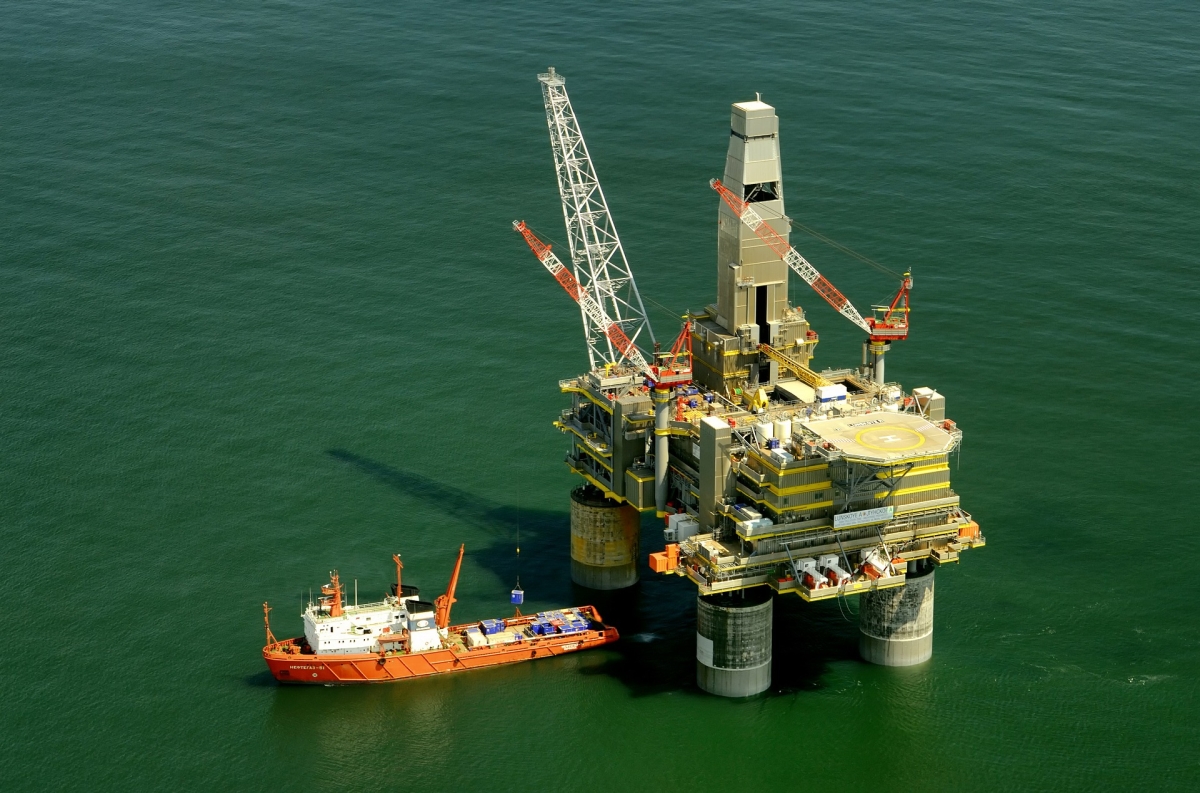 Operative deep in the subsurface strata, human bioturbation significantly alters terrestrial metabolic processes that have been there for millions of years. Like weathering and erosion that occur in the atmosphere, hydrosphere, and lithosphere, or like glaciations that modify landforms, configuring the Earth’s surface, human bioturbation occurs through repressive human technologies below the Earth’s surface, “imprinting signals on to the geological record” (Zalasiewicz, et al., 2014, 4).  In their article, Zalasiewicz, Waters, and Williams maintain that human bioturbation is detected “up to several kilometres below the planetary surface” (3), transferring carbon from the underground rocks to the atmosphere and thus contributing to the cumulative effects of planetary climatic changes. In affecting the Earth’s geology, this form of anthropogenic modification, the authors claim, is a component of the Anthropocene concept and, thus, more specifically, of climate change.

There are two types of human bioturbation, which Zalasiewicz and his colleagues call “shallow” and “deep” bioturbation. Although they considerably harm the underground lithic chemistry, some subsurface systems, such as “sewage, electricity and gas systems, underground metro systems, subways and tunnels” (4), are examples of shallow bioturbation. Deep bioturbation, however, creates momentous damage in the subsurface environment, as it includes deep mining for coal and minerals, fracking for hydrocarbons, underground waste repositories, and nuclear bomb test sites, as well as bottom-trawl fishing affecting marine sediments. All these subterranean activities can easily trigger planetary-scale transformations of land surface and ocean floor, leading to more frequent volcanic activity, erosion, earthquakes, and climate anomalies.

Such a scenario in a well-written fictional narrative would have a much more sobering effect than scientific warnings. Therefore, to give readers a glimpse of what can actually happen when human bioturbation goes awry, I will conclude with a compelling representation of anthropogenic geomorphology: Liz Jensen’s climate change novel The Rapture, which dramatizes the material meanings of human bioturbation by focusing on the perilous practice of drilling for hydrocarbons. Here nonhuman forces, human psychologies and technologies converge dramatically in the practice of hydraulic fracking, which involves the use of poisonous chemicals during the fracturing phase, the blasting of bedrock with explosives, and the pumping of millions of liters of pressurized water mixed with toxic chemicals to further fracture the rock and create boreholes for the gas to flow.

In the first part of the novel, the planet reacts to human bioturbation with violent upheavals that manifest in extreme weather patterns, such as the rise in global temperatures up to six degrees, giant tsunamis, “glaciers melting like butter in a microwave,” increased frequency of hurricanes, and earthquake activity (23, 25, 36, 36-37). Istanbul, for example, is destroyed by a mega earthquake. There are also spreading diseases that are complicated by economic and social breakdowns.  The British Planetarian eco-groups in the novel believe that these are undeniable signs of the approaching Rapture—the beginning of the apocalypse, which will bring about mass extinctions: “the human species stands at the brink of a new mass extinction” (25). 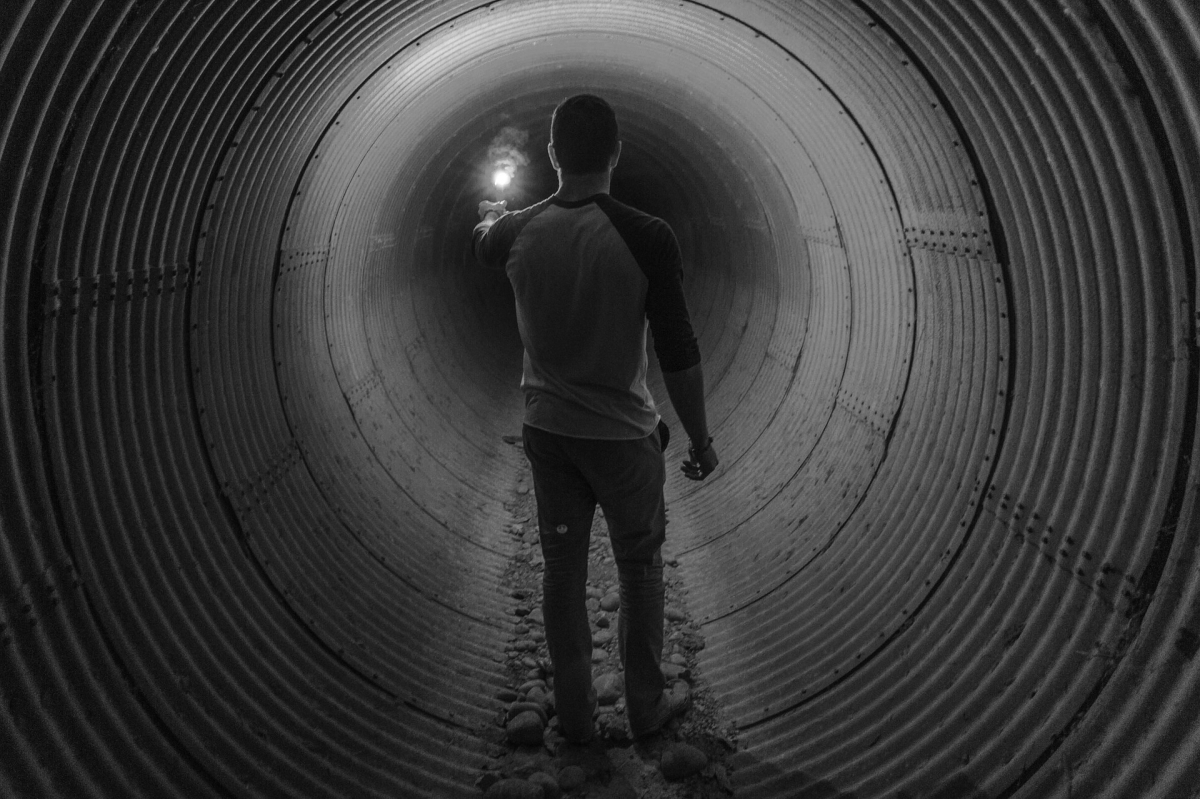 There is a rig in the novel off of Norway’s coast drilling the seabed of the North Sea for frozen methane, the most dangerous greenhouse gas, which finally brings about the Rapture, erasing Britain from the map. The novel alerts us to the risks of methane drilling with an accurate scientific account from Ned, the climatologist, who models methane catastrophes: ‘‘You can inject hot water beneath the seabed to destabalise the hydrates. Which will force a pressure change and release methane. The gas moves along the cracks and works its way up. Then you can liquidise the hydrate on the ocean floor and pipe it up like oil and gas’’ (212).  Another scientist, Kristin, points to the dangers of a miscalculation in forcing a pressure-change in the ocean floor. The interference she says, could widen “the gap and pressure will build up” (227), which will unleash huge amounts of volatile methane buried under the hydrate field and will remove “vast amounts of sediment above and adjacent to the methane” (228).  This would lead to a cascading series of submarine avalanches, massive landslides, and huge tsunamis in the now flaming oceans of the world. Since methane, Ned says, is “ten times more powerful as a greenhouse gas than CO2 … we get runaway global warming on a scale that’s beyond anyone’s worst nightmare” (228).  For Ned, exploiting the sub-oceanic hydrates is like “playing Russian roulette” (212). When the Rig finally explodes, the sky becomes “marbled and darkened. Then comes a deafening, unworldly boom”:

From deep beneath the sea floor, something has spoken. With sudden colossal force […] the sea is pulling back in a ferocious sucking rush of spume, exposing hectares of glittering sand and rock and flipping silver creatures that must be dolphins and whales, stranded by the giant drag of water. Then on the horizon, a wide orange flare flickers and pulsates beneath the dome of the sky […] the flare swells and changes shape, flattening itself to meet the sea […]. It’s a sheer wall of water. It blots out the clouds. Its base is dark, almost black. It’s topped by plumes of dancing, spitzing white. (337)

We can read these lines as a serious warning to humanity’s compulsive embodiment in subterranean ecologies, throwing biogeochemical mechanisms into total disarray. If the second warning of the world’s scientists cannot motivate people to take action, maybe fictional narratives, such as The Rapture, can step in to make the cautionary message more accessible to the general citizenry: if humans continue to mine the Earth, they increase the potential of a similar Rapture in real life. The novel’s ending, therefore, reveals the potential dangers of human bioturbation, which has “no very close analogues in the history of our planet,” as Zalasiewicz, Waters, and Williams note, “for no other species has penetrated to such depths in the crust, or made such extensive deep subterranean changes” (2014, 7). Sometimes, reading a novel may change one’s perspective, opening new pathways of cognition and affect, and cli-fi narratives are one way to imagine more livable futures.

My sincere thanks to Simon Estok for his insightful suggestions to shorten this essay and to Steven Hartman for his help with the hyperlinks and for his meticulous copy-editing.

1 For example, Scott Pruitt, the head of the EPA, thinks CO2 is not an engine of climate change. See “EPA Chief Pruitt Refuses to Link CO2 and Global Warming.” Scientific American (March 10, 2017). 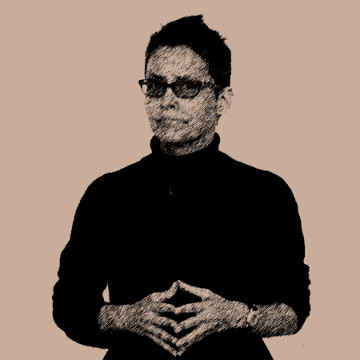 The products and by-products of petroleum can be found throughout our societies, in objects we encounter every day, the byways and highways we navigate between home and work or school, even in our own bodies. Environmental humanities scholar Stephanie LeMenager elaborates the concept of petroculture. 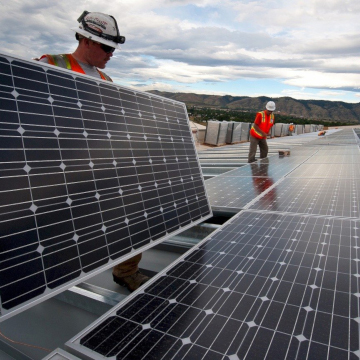 Fossil Fuels, Renewables, and moving past the efficiency trap 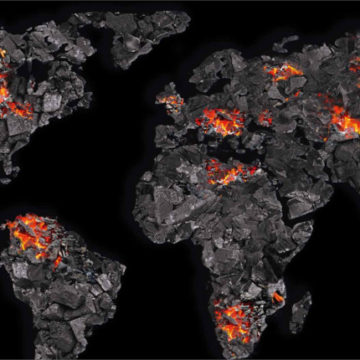 Get Facts and Figures on the fossil fuel (2015)

Re-storying 1: What does ‘re-storying’ mean? 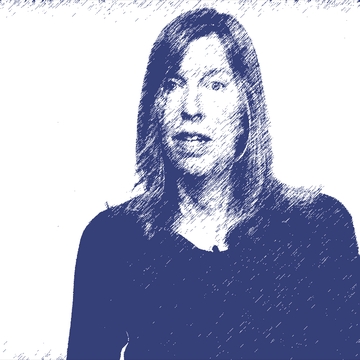