What the Coronavirus Curve Teaches Us About Climate Change

Humans don’t easily grasp the concept of exponential growth, but it’s exactly why coronavirus has gotten so hard to manage—and why climate change could too. 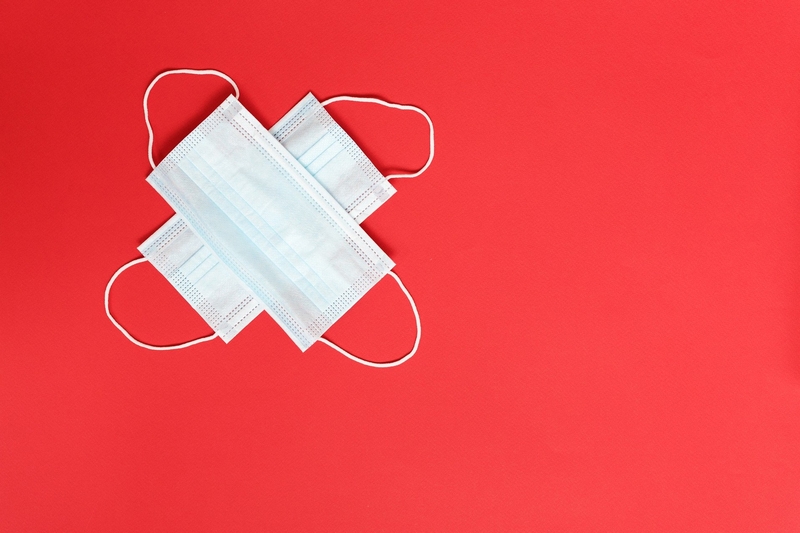 The coronavirus pandemic—sadly—has introduced or reintroduced many people to the concept of an exponential curve, in which a quantity grows at an increasing rate over time, as the number of people contracting the virus currently is doing. It is this curve that so many of us are trying to “flatten” through social distancing and other mitigating measures, small and large.

It’s easy to project a pattern of smooth, linear growth: one person gets the coronavirus today, another person contracts it tomorrow, a third person gets it on the third day, and the process continues in this manner, the cases simply adding. But most people, including leaders and policymakers, have a harder time imagining exponential growth, which means you can have two cases of coronavirus tomorrow, four on the third day, hundreds after the seventh day and thousands soon after—a situation that’s challenging to anticipate and manage. That’s the nature of pandemics.

It’s also how climate change works. And if there’s any silver lining in this mess, it’s that the coronavirus pandemic is teaching us a valuable lesson about the perils of ignoring destructive processes—and perhaps even larger, longer-term disasters—that increase exponentially. Even if growth looks mild in the moment—think of the earliest segments on an exponential curve like the red line shown in the illustration above—it will soon enough be severe. In other words, delay is the enemy.

The human mind does not easily grasp the explosive nature of exponential growth. This was demonstrated more than 40 years ago in a series of pioneering psychological experiments conducted in the Netherlands by Willem Wagenaar and his colleagues. In one study, participants were shown a hypothetical index of air pollution beginning in 1970 at a low value of 3 and rising yearly in an exponential way to 7, 20, 55 and, finally, 148 by 1974. Asked to intuitively predict the index value for 1979, many of the respondents produced estimates at or below 10 percent of the correct value of about 21,000 (which can be determined from the underlying exponential equation). Subsequent experiments have observed similarly dramatic underestimation of exponential growth and showed that it typically results from straight-line projections based on early small increases. 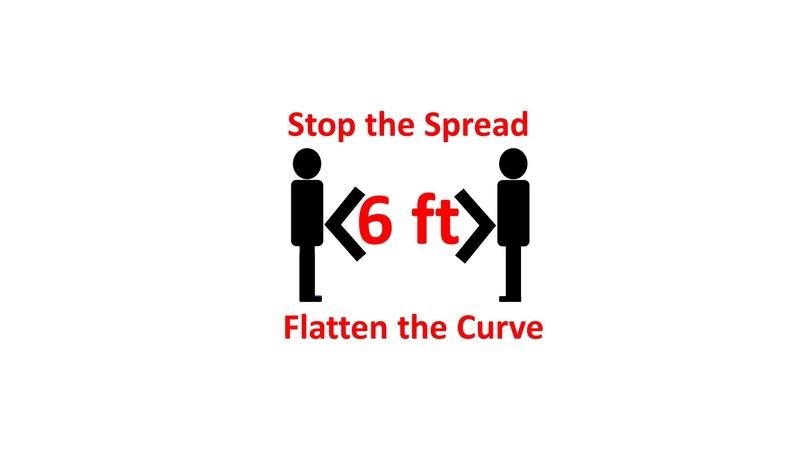 The deceptive nature of exponential growth is similarly conveyed by the riddle of a single lily pad in a pond. Suppose each member of this species reproduces once a day so that on the second day there are two lily pads, on the third day there are four, on the fourth day there are eight, etc. On Day 48, the pond is covered completely. How long did it take to be covered halfway? The answer is 47 days. Moreover, even after 40 days of exponential growth, you would barely know the lily pads are there, as they would cover only 1/256th (0.4 percent) of the pond at that time. For a period of time, we can easily ignore the steady exponential growth of lily pads—until they smother the pond.

With respect to the coronavirus, the initial doubling of the relatively small numbers of infected cases and deaths evoked little concern outside China in January and most of February, since, for weeks, people around the world had little or no personal exposure to the virus or its victims. But the deceptively mild and seemingly faraway beginnings of the current pandemic led health officials and governments to squander many opportunities for early intervention. As a result, in the past few weeks, the numbers have quickly become a torrent overwhelming our capacity to stop the virus’ spread and care for the victims. It took 67 days to reach 100,000 coronavirus cases worldwide. The second 100,000 cases took 11 days, and the third 100,000 took only four days. Public-health authorities are now scrambling to communicate just how steep and damaging the coronavirus growth curve has or could become, and urgent response is becoming the law of the land.

Aside from the coronavirus pandemic, the biggest, most destructive exponential growth processes that we must grapple with today are those associated with global climate change. While it might be hard for humans to detect that carbon emissions and their concentration in the atmosphere are growing exponentially right now, that doesn’t mean we should rest easy. The opposite is true. As with the coronavirus, we need to anticipate the climate crisis and act quickly and aggressively to minimize further damages before they overwhelm us.

Scientists have long recognized that carbon dioxide emissions and their resulting effects have been increasing exponentially. Figure 1 shows the monthly average carbon dioxide concentration measured at Mauna Loa Observatory in Hawaii—the longest record of direct measurements of CO2 in the atmosphere. The volume of CO2 stood at 315 parts per million (ppm) when first measured in 1958; by the end of February 2020, it had risen by 31 percent to 414 ppm.

That might not sound all that worrisome on the surface. But this exponential increase signals that CO2 emissions are likely to be considerably higher in the coming years, unless we take strong measures now to reduce them. Otherwise, the exponential growth of CO2 emissions will drive our climate to extremes that look nothing like a linear extrapolation of recent history. We will experience more blistering heat waves, severe droughts, accelerating sea level rise, and unprecedented intensity of rainstorms and resulting flooding, just to name a few of the consequences.

Or consider another example of exponential growth related to increasing CO2 emissions: financial losses caused by climate change-related flooding, combined with population growth. A 2013 analysis in 136 major coastal cities around the world reveals that sea level rise (SLR) of 20 cm (7.9 inches) by 2050—an optimistic scenario—will cause the average annual flood losses in those cities to increase to $1.2 trillion that year from $52 billion in 2005. A more pessimistic scenario of SLR of 40 cm (15.7 inches) by 2050 will lead to average annual flood losses of $1.6 trillion. Houston was one of the 20 most vulnerable coastal cities in the study, and its average annual damage with an optimistic SLR scenario is estimated to increase by 78 percent, from $5.1 billion in 2005 to $9.1 billion in 2050.

People are actually moving into harm’s way, not realizing the potential for severe damage they might suffer in the coming years due to climate change. From 1980 until 2018, the population of hurricane-prone counties in Florida increased by 163 percent, from 3.7 million people to 9.8 million, compared with a 61 percent increase in the population of the United States during this period. These Florida residents might not recognize that they are likely to experience increased damage from more intense hurricanes coupled with sea level rise due to climate change. 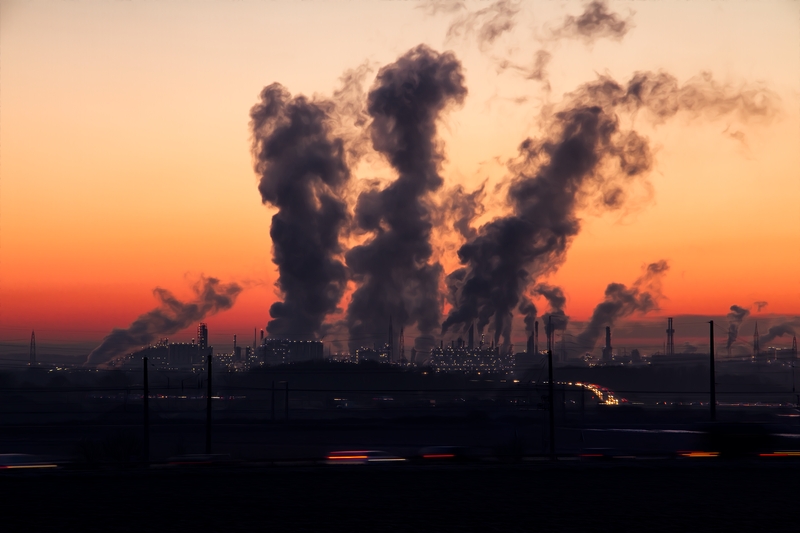 If carbon emissions continue to grow exponentially, most of the United States could see 20 to 30 more days annually with maximum temperatures higher than 90 degrees, with the Southeast potentially enduring 40 to 50 more such days. This extreme heat poses serious health risks, especially for the very young and the elderly, construction and agricultural workers, and those living in the core of urban areas. Wildfires present another problem that is growing exponentially and is exacerbated by global warming, as temperatures rise and humidity falls. California experienced a particularly drawn-out drought from December 2011 to March 2019 that contributed to extensive wildfire damage that is likely to increase significantly in the future because of climate change.

Taking a lesson from our flat-footed response to the coronavirus pandemic, we can no longer delay aggressive actions to halt and reverse what otherwise will be inevitable pandemic-like crises arising from climate change. Already, tipping points have been reached: Human populations and cultures are being devastated, and many species are becoming extinct.

Obviously, dealing with the present dangers from the coronavirus must be everyone’s top priority at this moment. We will eventually get control of this demon and begin to restore some semblance of normal life. When we do, the world must turn its attention to reducing CO2 emissions and stopping the further exponential havoc that climate change will wreak, far sooner than we expect. 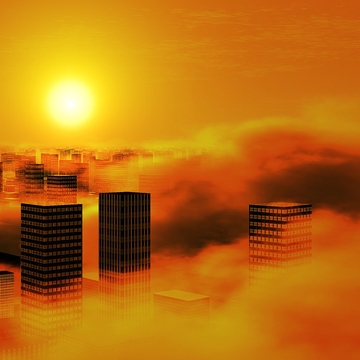 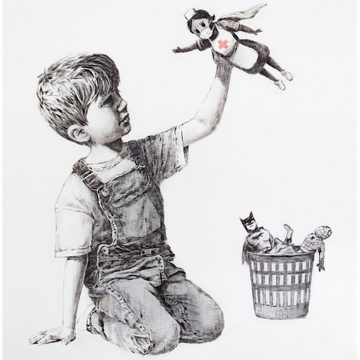 Boy plays with new action hero of an NHS nurse. 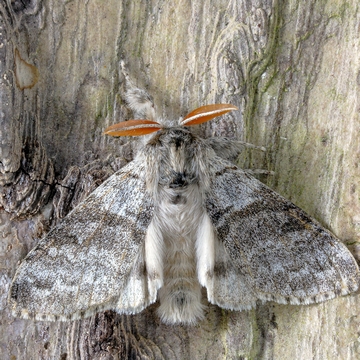 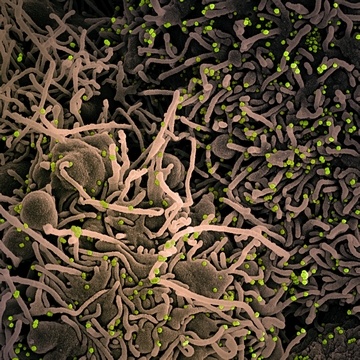